Huna Totem Corporation (HTC) was formed in 1973 and was entitled to 20,040 acres of land under ANCSA.  The first land conveyance made from the Bureau of Land Management to HTC occurred in 1979.

On July 31, 2013, Russell Dick, Chairman, Ozzie Sheakley, Secretary, and Larry Gaffaney, and former Chief Executive Officer and President of HTC, met in Anchorage at the Bureau of Land Management for the signing ceremony of the final land conveyance of 2.85 acres, a grand total of 23,042.85 acres, thereby fulfilling the corporation’s Sec. 16(b) land entitlement under ANCSA.

After overcoming many challenges, Huna Totem Corporation’s entitlement under ANCSA has finally been met

Huna Totem Corporation HTC Land is open for personal use by shareholders. However:

Leaving a limited footprint on the land will ensure that the land is there for the next generation to enjoy.
Non-shareholders are not permitted to enter or hunt on HTC land without written permission by the HTC office.

Pre-commercial thinning improves the health and growth of young forests, creating important habitat benefits, including providing forage for deer. Siviculture programs on our land, like these, are consistent with one of HTC’s Guiding Principle: Maintain our land in perpetuity and Perpetuate our culture and land through prudent stewardship. 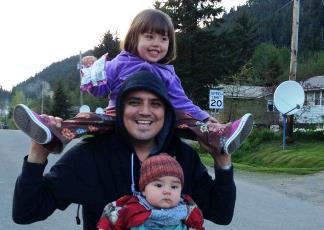